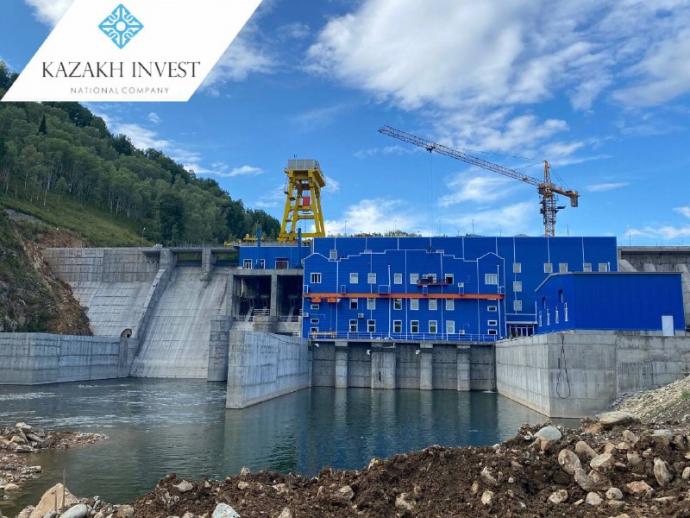 A small Turgusun HPP was put into operation in the Altai region of the East Kazakhstan region. The project partner is the China International Water Management and Energy Corporation (PRC). The project is being implemented with the support of JSC "NC "Kazakh Invest".

According to investors, the construction of a hydroelectric power plant with a capacity of 24.9 MW on the Turgusun River began in 2016. The commissioning of the power plant will reduce the cost of electricity production and reduce the deficit by 78 million kWh per year. After the launch of the hydroelectric power station, a reservoir with the area of 60 hectares is going to be formed, in which up to 7.6 million cubic meters of water will be concentrated.

"The construction of a hydroelectric power station is a landmark project for East Kazakhstan. Its implementation will create regional generating capacities for the production of cheap alternative electricity and cover the volumes purchased from outside. At the same time, the costs of transporting electricity that is one of the most expensive components of the tariff will be excluded", - said the representatives of the foreign company.

As a result of the project, it is planned to create 15 new permanent jobs. Also, the launch of the Turgusun HPP is projected to reduce carbon monoxide emissions into the atmosphere by 680 tons per year in the East Kazakhstan region.

China International Water Management and Energy Corporation is a Chinese consulting company in the field of construction and engineering, specializing in the construction of water supply and hydropower facilities.